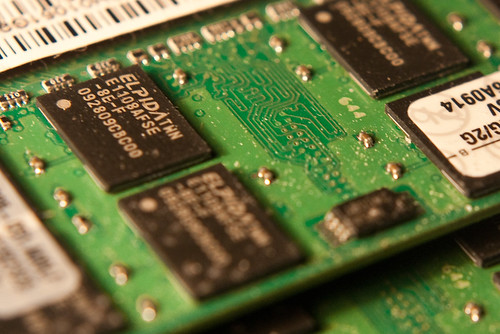 I have forgotten a lot of things in my life. Names, faces, numbers, words, facts, events, quotes. Just like for anyone, forgetting is as much a part of my life as remembering. Memories short and long come and go. But only twice in my life have I seen a good memory die under suspicious circumstances.

Both of these were good reliable everyday memories as much declarative as non-declarative. And both died unexpectedly without warning and without reprieve. They were both memories of entry codes but I retrieved both in different ways. Both were highly contextualised but each in a different way.

The first time was almost 20 years ago (in 1993) and it was the PIN for my first bank card (before they let you change them). I’d had it for almost two years by then using it every few days for most of that period. I remembered it so well that even after I’d been out of the country for 6 months and not even thinking about it once, I walked up to an ATM on my return and without hesitation, typed it in. And then, about 6 months later, I walked up to another ATM, started typing in the PIN and it just wasn’t there. It was completely gone. I had no memory of it. I knew about the memory but the actual memory completely disappeared. It wasn’t a temporary confusion, it was simply gone and I never remembered it again. This PIN I remembered as a number.

The second death occurred just a few days ago. This time, it was the entrance code to a building. But I only remembered it as a shape on the keypad (as I do for most numbers now). In the intervening years, I’ve memorised a number of PINs and entrance codes. Most I’ve forgetten since, some I remember even now (like the PIN of a card that expired a year ago but I’d only used once every few months for many years). Simply, the normal processes you’d expect of memory. But this one, I’ve been using for about a year since they’d changed it from the previous one. About five months ago I came back from a month-long leave and I remembered it instantly. But three days ago, I walked up to the keypad and the memory was gone. I’d used the keypad at least once if not twice that day already. But that time I walked up to the keypad and nothing. After a few tries I started wondering if I might be typing in the old code since before the change so I flipped the pattern around (I had a vague memory of once using it to remember the new pattern) and it worked. But the working pattern felt completely foreign. Like one I’d never typed in before. I suddenly understood what it must feel like for someone to recognize their loved one but at the same time be sure that it’s not them. I was really discomfitted by this impostor keypad pattern. For a few moments, it felt really uncomfortable – almost an out of body (or out of memory) experience.

The one thing that set the second forgetting apart from the first one was that I was talking to someone as it happened (the first time I was completely alone on a busy street – I still remember which one, by the way). It was an old colleague who visited the building and was asking me if I knew the code. And seconds after I confidently declared I did, I didn’t. Or I remembered the wrong one.

So in the second case, we could conclude that the presence of someone who had been around when the previous code was being used, triggered the former memory and overrode the latter one. But the experience of complete and sudden loss, I recall vividly, was the same. None of my other forgettings were so instant and inexplicable. And I once forgot the face of someone I’d just met as soon as he turned around (which was awkward since he was supposed to come back in a few minutes with his car keys – so I had to stand in the crowd looking expectantly at everyone until the guy returned and nodded to me).

What does this mean for our metaphors of memory based on the various research paradigms? None seem to apply. These were not repressed memories associated with traumatic events (although the forgetting itself was extremely mildly traumatic). These were not quite declarative memories nor were they exactly non-declarative. They both required operations in working memories but were long-term. They were both triggered by context and had a muscle-memory component. But the first one I could remember as a number whereas the second one only as a shape and only on that specific keypad. But neither were subject to long-term decay. In fact, both proved resistant to decay surviving long or longish periods of disuse. They both were (or felt) as solid memories as my own name. Until they were there no more. The closest introspective analogy to me seems Luria’s man who remembered too much who once forgot a white object because he placed it against white background in his memory which made it disappear.

The current research on memory seems to be converging on the idea that we reconstruct our memories. Our brains are not just some stores with shelves from which memories can be plucked. Although, memories are highly contextual, they are not discrete objects encoded in our brain as files on a harddrive. But for these two memories, the hard drive metaphor seems more appropriate. It’s as if a tiny part of my brain that held those memories was corrupted and they simply winked out of existence at the flip of a bit. Just like a hard drive.

There’s a lot of research on memory loss, decay and reliability but I don’t know of any which could account for these two deaths. We have many models of memory which can be selectively applied to most memory related events but these two fall between the cracks.

All the research I could find is either on sudden specific-event-induced amnesia (http://www.ncbi.nlm.nih.gov/pmc/articles/PMC1961972/?page=1) or senescence (http://brain.oxfordjournals.org/content/89/3/539.extract). In both cases, there are clear causes to the memory and loss is much more total (complete events or entire identity). I could find nothing about the sudden loss of a specific reliable memory in a healthy individual (given that it only happened twice 18 years apart – I was 21 when it happened first – I assume this is not caused by any pathology in my brain) not precipitated by any traumatic (or other) event. Yet, I suspect this happens all the time… So what gives?