“when history is at its most obliging, the history-writer needs be at his most wary.” (China by John Keay) 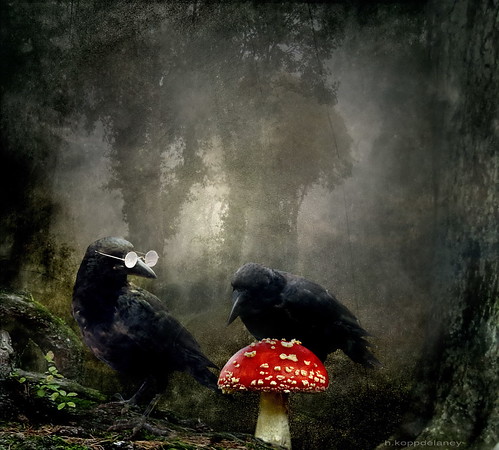 I came across this nugget of wisdom when I was re-reading the Introduction to John Keay’s history of China. And it struck me that in some way this quote could be a part of the motto of this blog. The whole thing might then read something like this:

Hack at your thoughts at any opportunity to see if you can reveal new connections through analogies, metonymies and metaphors. Uncover hidden threads, weave new ones and follow them as far as they take you. But when you see them give way and oblige you with great new revelations about how the world really is, be wary!

Metaphors can be very obliging in their willingness to show us that things we previously thought separate are one and the same. But that is almost always the wrong conclusion. Everything is what it is, it is never like something else. (In this I have been subscribing to ‘tiny ontology’ even before I‘ve heard about it). But we can learn things about everything when we think about it as something else. Often we cannot even think of many things other than through something else. For instance, electricity. Electrons are useful to think of as particles or as waves. Electrons are electrons, they are not little balls nor are they waves. But when we start treating them as one or the other, they become more tractable for some problems (electrical current makes more sense when we think of them as waves and electricity generating heat makes sense when we think of them as little balls).

George Lakoff and Mark Johnson summarize metaphors in the X IS Y format (e.g. LOVE IS A JOURNEY) but this implied identity is where the danger lies. If love is a journey as we can see in a phrase like, ‘We’ve arrived at a junction in our relationship’, then it surely must be a journey in all respects: it has twists and turns, it takes time, it is expensive, it happens on asphalt! Hold on! Is that last one the reason ‘love can burn with an eternal flame’? Of course not. Love IS NOT a journey. Some aspects of what we call love make more sense to us when we think of them as a journey. But others don’t. Since it is obvious that love is not a journey but is like a journey, we don’t worry about it. But it’s more complicated than that. The identities implied in metaphor are so powerful (more so to some people than others) that some mappings are not allowed because of the dangers implied in following them too far. ‘LOVE IS A CONTRACT’ is a perfectly legitimate metaphor. There are many aspects of a romantic relationship that are contract-like. We agree to exclusivity, certain mode of interaction, considerations, etc. when we declare our love (or even when we just feel it – certain obligations seem to follow). But our moral compass just couldn’t stomach (intentional mix) the notion of paying for love or being in love out of obligation which could also be traced from this metaphor. We instinctively fear that ‘LOVE IS A CONTRACT’ is a far too obliging a metaphor and we don’t want to go there. (By we, I mean the general rules of acceptable discourse in certain circles, not every single cognizing individual.)

So even though metaphors do not describe identity, they imply it, and not infrequently, this identity is perceived as dangerous. But there’s nothing inherently dangerous about it. The issue is always the people and how willing they are to let themselves be obliged by the metaphor. They are aided and abetted in this by the conceptual universe the metaphor appears in but never completely constrained by it. Let’s take the common metaphor of WAR. I often mention the continuum of ‘war on poverty’, ‘war on drugs’, and ‘war on terror’ as an example of how the metaphors of ‘war’ do not have to lead to actual ‘war’. Lakoff showed that they can in ‘metaphors can kill’. But we see that they don’t have to. Or rather we don’t have to let them. If we don’t apply the brakes, metaphors can take us almost anywhere.

There are some metaphors that are so obliging, they have become cliches. And some are even recognized as such by the community. Take, for instance, the Godwin law. X is Hitler or X is Nazi are such seductive metaphors that sooner or later someone will apply them in almost any even remotely relevant situation. And even with the awareness of Godwin’s law, people continue to do it.

The key principle of this blog is that anything can be a metaphor for anything with useful consequences. Including:

But this only applies with the HUGE caveat that we must never misread the ‘is’ for a statement of perfect identity or even isomorphims (same shapedness). It’s ‘is(m)’. None of the above metaphors are perfect identities – they can be beneficially followed as far as they take us, but each one of them is needs to be bounded before we start drawing conclusions.

Now, things are not helped by the fact that any predication or attribution can appear as a kind of metaphor. Or rather it can reveal the same conceptual structures the same way metaphors do.

‘John is a teacher.’ may seem like a simple statement of fact but it’s so much more. It projects the identity of John (of whom we have some sort of a mental image) into the image schema of a teacher. That there’s more to this than just a simple statement can be revealed by ‘I can’t believe that John is a teacher.’ The underlying mental representations and work on them is not that different to ‘John is a teaching machine.’ Even simple naming is subject to this as we can see in ‘You don’t look much like a Janice.’

Equally, simple descriptions like ‘The sky is blue’ are more complex. The sky is blue in a different ways than somebody’s eyes are blue or the sea is blue. I had that experience myself when I first saw the ‘White Cliffs of Dover’ and was shocked that they were actually white. I just assumed that they were a lighter kind of cliff than a typical cliff or having some white smudges. They were white in the way chalk is white (through and through) and not in the way a zebra crossing is white (as opposed to a double yellow line).

A famous example of how complex these conceptualisations can get is ‘In France, Watergate would not have harmed Nixon.’ The ‘in France’ and ‘not’ bits establishe a mental space in which we can see certain parts of what we know about Nixon and Watergate projected onto what we know about France. Which is why sentences like “The King of France is bald.” and “Unicorns are white.” make perfect sense even though they both describe things that don’t exist.

Now, that’s not to say that sentences like ‘The sky is blue’, ‘I’m feeling blue’,’I’ll praise you to the sky.’, or ‘He jumped sky high.’ and ‘He jumped six inches high.’ are cognitively or linguistically exactly the same. There’s lots of research that shows that they have different processing requirements and are treated differently. But there seems to be a continuum in the ability of different people (much research is needed here) to accept the partiality of any statement of identity or attribution. On the one extreme, there appears something like autism which leads to a reduced ability to identify figurative partiality in any predication but actually, most of the time, we all let ourselves be swayed by the allure of implied identity. Students are shocked when they see their teacher kissing their spouse or shopping in the mall. We even ritualize this sort of thing when we expect unreasonable morality from politicians or other public figures. This is because over the long run overtly figurative sentence such as ‘he’s has eyes like a hawk’ and ‘the hawk has eyes’ need similar mental structures to be present to make sense to us. And I suspect that this is part of the reason why we let ourselves be so easily obliged by metaphors.

Update: This post was intended as a warning against over-obliging metaphors that lead to perverse understandings of things as other things in unwarranted totalities. In this sense, they are the ignes fatui of Hobbes. But there’s another way in which over-obliging metaphors can be misleading. And that is, they draw on their other connections to make it seem we’ve come to a new understanding where in fact all we’ve done is rename elements of one domain with the names of elements of another domain without any elucidation. This was famously and devastatingly the downfall of Skinner’s Verbal Behavior under Chomsky’s critique. He simply (at least in the extreme caricature that was Chomsky’s review) took things about language and described them in terms of operant conditioning. No new understanding was added but because the ‘new’ science of psychology was in as the future of our understanding of everything, just using those terms made us assume there was a deeper knowledge. Chomsky was ultimately right-if only to fall prey to the same danger with his computational metaphors of language. Another area where that is happening is evolution, genetics and neuroscience which are often used (sometimes all at once) to simply relabel something without adding any new understanding whatsoever.

Update 2: Here’s another example of overobliging metaphor in the seeking of analogies to the worries about climate change: http://andrewgelman.com/2013/11/25/interesting-flawed-attempt-apply-general-forecasting-principles-contextualize-attitudes-toward-risks-global-warming/#comment-151713.  My comment was:

…analogies work best when they are opportunistic, ad hoc, and abandoned as quickly as they are adopted. Analogies, if used generatively (i.e. to come up with new ideas), can be incredibly powerful. But when used exegeticaly (i.e. to interpret or summarize other people’s ideas), they can be very harmful.

The big problem is that in our cognition, ‘x is y’ and ‘x is like y’ are often treated very similarly. But the fact is that x is never y. So every analogy has to be judged on its own merit and we need to carefully examine why we’re using the analogy and at every step consider its limits. The power of analogy is in its ability to direct our thinking (and general cognition) i.e. not in its ‘accuracy’ but in its ‘aptness’.

I have long argued that history should be included in considering research results and interpretations. For example, every ‘scientific’ proof of some fundamental deficiencies of women with respect to their role in society has turned out to be either inaccurate or non-scalable. So every new ‘proof’ of a ‘woman’s place’ needs to be treated with great skepticism. But that does not mean that one such proof does not exist. But it does mean that we shouldn’t base any policies on it until we are very very certain.